Following a decades-long national trend, gambling on live dog racing in West Virginia is on the decline.1 As states continue to turn against the practice of greyhound racing, with Florida citizens most recently voting last November by a decisive vote of 69% to 31% to end live racing statewide, West Virginia remains as one of five holdout states still sanctioning commercial greyhound racing.2

Greyhound racing remains intact in West Virginia primarily because of the state’s annual commitment of millions of dollars in state gambling revenues to greyhound breeders and racing purses.3

State lawmakers voted more than two years ago to end such subsidies to the racing industry, but the legislation was ultimately vetoed by the Governor.4 As a result, the state continues to spend approximately $17 million a year propping up West Virginia's dying greyhound racing industry.5 Those funds would be better invested improving the state’s crumbling infrastructure or public education system. 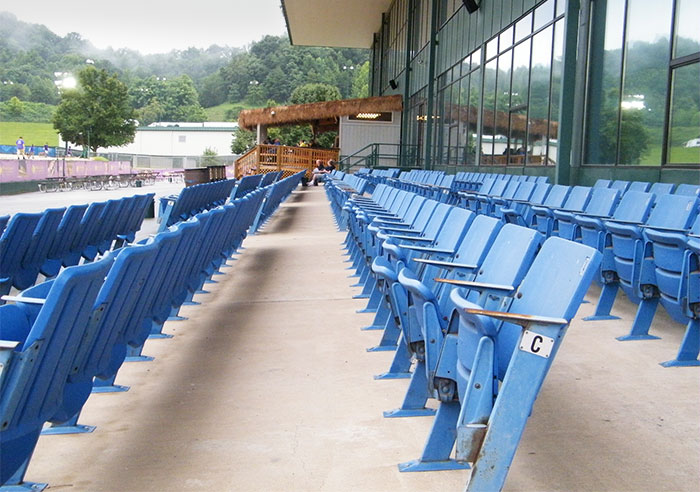 Only a few people watch the races at Mardi Gras in West Virginia. (GREY2K USA Worldwide, 2013) 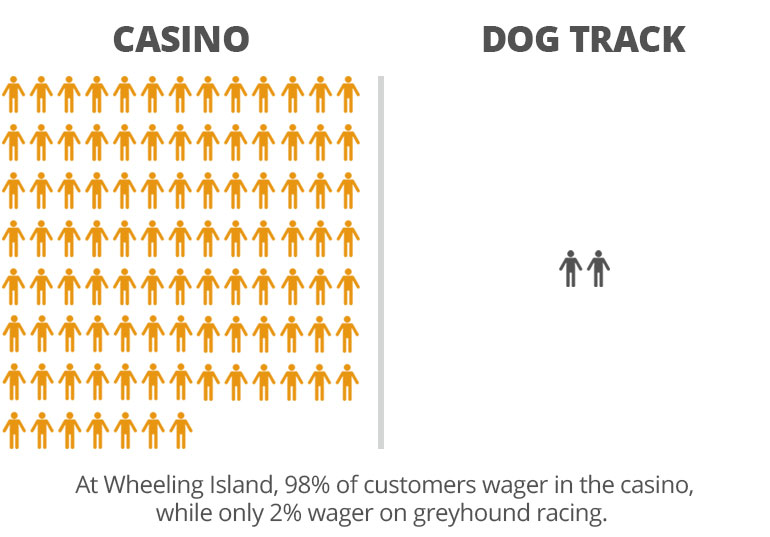 Purses have increased dramatically since 1990. At Mardi Gras, purses increased 281%, from $1.6 million in 1990 to $6.1 million in 2013.11 Purses have been artificially inflated by subsidies from racetrack casino Video Lottery and table games. Video Lottery accounts for 95% of the casinos’ greyhound racing subsidies.12 In the state of West Virginia, purses were higher than the entire live greyhound racing handle: $17.2 million vs. $15.8 million.13

The majority of purses go to out-of-state residents 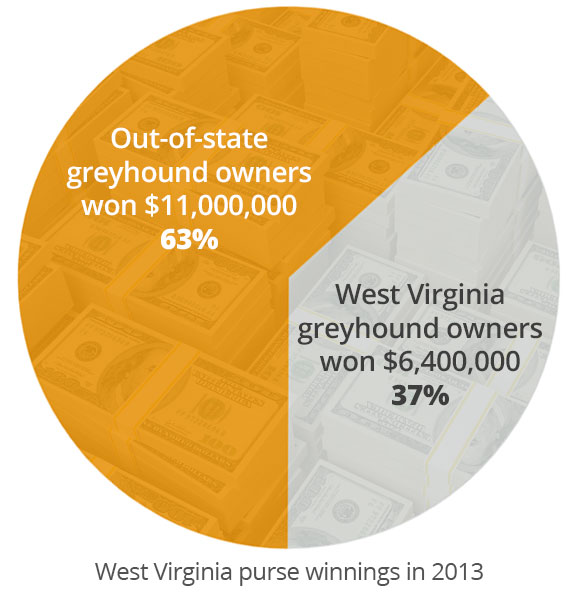 The top two entities alone, both out-of-state, collected $1.8 million, or 15% of the purses.19 Thus, two out-of-state entities collect nearly the same amount as the bottom 318, or 86.4%, of entities. Spectrum drew particular attention to the impact of deeply unequal purse distributions:

The top two entities alone collected 19% of the Development Fund purses in 2013. Following this statistic in the report, Spectrum wrote, “As we have shown throughout this report, a handful of entities collect the vast majority of purse awards, whether for regular purses or for bonus awards for state-bred dogs.”23

Spectrum ultimately concluded, “With so few entities dominating the awards, the economic impact of the distributions is limited, as the vast majority of greyhound owners would not be in an economic position to hire employees.”24

Greyhound racing could not exist without subsidies

Purses paid to West Virginia greyhound owners would be less than $1 million if the casino subsidies ended. In 2013, they were $17.7 million.25

Spectrum finds, “Without the purse subsidies from the racetrack’s gaming operations, purses would decline to such a level as to make it uneconomic for kennel owners to continue to race greyhounds in West Virginia.” This understanding, according to the report, is unanimous among greyhound racing participants and observers alike.26

In 2015, Spectrum concluded that ending greyhound racing would have a “negligible impact on the state’s unemployment rate” and “many of the displaced greyhound employees could be retained by the tracks in new positions.”27

They further point out that people who previously avoided the state on moral grounds would now view West Virginia as a tourist destination.29

Revenue generated from greyhound racing for towns, counties, and the State of West Virginia in decline

Counties and towns where tracks are located receive distributions based on live handle. With live wagering on greyhound racing in decline, so too are these distributions. 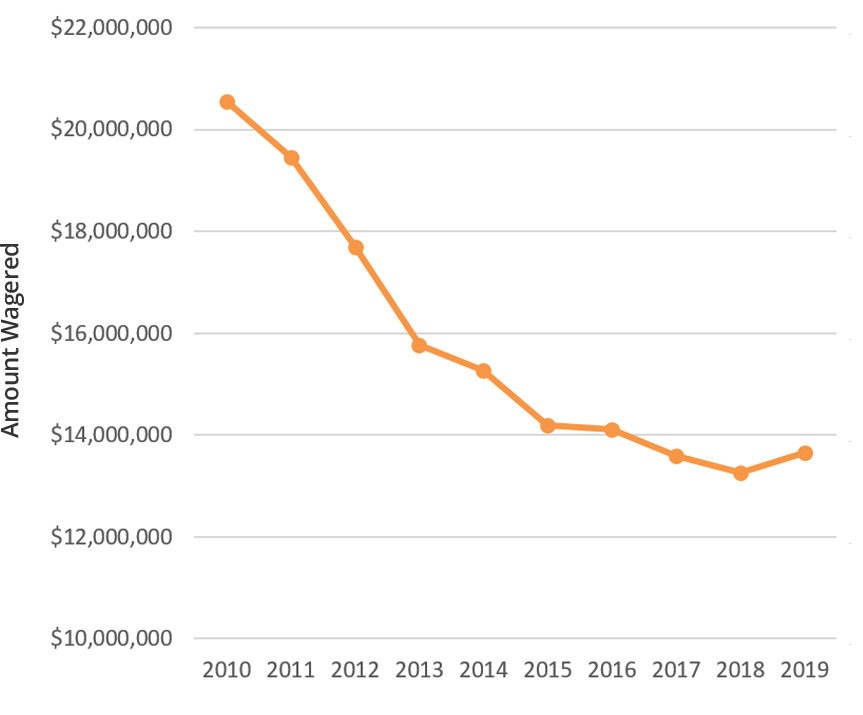